JOIN US EVERY WEDNESDAY FROM NOW UNTIL HALLOWEEN AS WE RUN OUR FULL MOON GHOST TOURS. EACH TOUR INCLUDES A PADDLEBOARD RENTAL, LIFEVEST, SAFETY LIGHT, SUP CRASH COURSE, GHOST STORIES, AND MAYBE EVEN A GHOST SIGHTING OF YOUR OWN. COSTUMES ENCOURAGED!

(Must have at least 5 participants to run tour)

Did you know that Deerfield Island was once called Capone Island? This little piece of land boasts an interesting history dating back to the roaring 20s.

The man known as "Scarface” or “Public Enemy Number One,” may have been born in New York and became notorious in Chicago, but Al Capone and Florida also have a close history.

Capone was one of the most famous American gangsters. Like many northerners, the Sunshine state became a getaway from the cold Chicago winters and a perfect place to hide from assassination attempts.

When Capone first visited Miami in 1926, local government and law enforcement were not happy. They tried to run him out of the state, but Scarface continued to visit. There was a land boom at the time and Capone loved exploring the Southern part of our state. Deerfield and Boca soon became a favorite for him. Florida became a place he called a refuge and eventually the place he took his last breath. 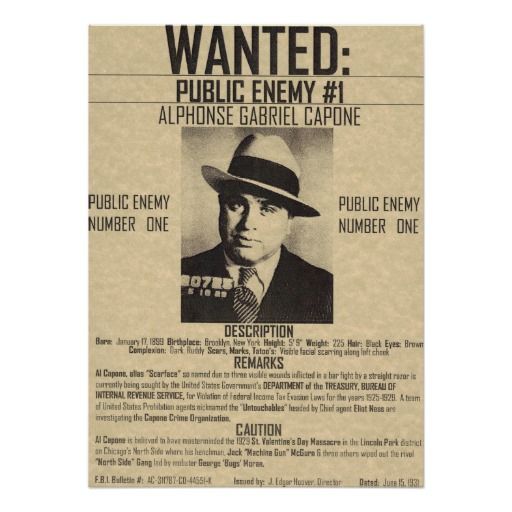 As legend has it, there was a fish packing house in the area which later became the Riverview Restaurant on the property which now is Deerfield's Sullivan park. This restaurant was said to be used by Al Capone as a gambling casino, brothel and a location to ship illegal booze out during the prohibition. Located directly across from this was a little secluded 52 acre peninsula. In 1930 an attorney named Vincent G. Giblin purchased this acreage on behalf of Capone for a future home. Capone loved the location due to its proximity to his business and the seclusion it offered. It provided the perfect setting for him to continue his activities in secrecy while staying close to his business dealings.

"My grandmother, Mattie Eller, was an excellent seamstress. She used to make extra money making dresses for the girls who “worked” at Mr. Capone’s private “establishment". Located where the Intracoastal Waterway intersects the Hillsboro Canal, the “fish” import business, also had lots of gambling machines and fancy girls around. Capone would generally travel by boat from Miami Beach to visit his Deerfield “business.”"

A HOME IN DEERFIELD BEACH

Capone planned to build an extravagant home on the land. The local headline story in the July 2, 1930 edition of Fort Lauderdale’s Daily News read,

" What is believed to be a move on the part of Al Capone, Chicago beer and brothel baron, to establish residence and headquarters in Broward county was seen today with the filing of a deed at the Broward courthouse for transfer of a large tract of land lying between the Florida East Coast and Hillsborough canals at Deerfield . . ."

" My dad was told Capone had purchased land on the peninsula, sight unseen, and was coming up to look at it. He wanted my dad and deputy Alvin Stewart to escort the mobster and offer him protection because Capone was the target for an assassin at all times. Dad said Capone was a very mannerly person who told him he was planning to build a nightclub and casino on the island."

SEPTEMBER NIGHTS OPERA ON THE ISLAND

Around 1934 Capone fell in love with Carmilla Cantella, a leading lady in the Italian opera. She was the lead opposite her husband Vincent Cantello. When their opera came to Florida, neither had ever heard of Capone. On opening night at Jackson Opera House just outside of Fort Lauderdale, is where Capone first saw Carmilla.

"Al Capone attended the opening night of the play. He instantly became spellbound with Carmilla, to the point of buying a ticket for each performance. As the show came to its closing night, Capone began to grow insanely panicked that he would never see his, now beloved Carmilla. He returned to his home and ordered her brought to him. Carmilla was kidnapped and taken to Capone's Island. She begged for her release, but Capone continued to insist that she would soon love him and would forget her past. He pleaded with her to care for him, for her to sing to him and she refused.", says historians.

According to stories her husband eventually found where she had been taken and went to the island to find her himself. After relentlessly searching, Vincent decided to sing in hopes Carmilla would hear him. Instead, Capone heard his song and hide Carmilla in a house outside of the property. He then sent his men to "take care of" Vincent. Mourning his death, Carmilla refused to eat and eventually starved herself to death. Legend has it that many over the years have shared stories that Vincent's song can still be heard on the island during September nights.

Although many things were said to happen on Capone's Island, nothing permanent was ever built on the property.

Capone was eventually arrested and sent to Federal prison for Tax Evasions. After Capone's final arrest, Giblin sold the property once again. Many years later, an additional canal was dug creating an island out of this once peninsula. The island would eventually be acquired by Broward Country to be designated as an Urban Wilderness area and park. The island is now called Deerfield Island and is accessible only by launch from Sullivan Park (where Capone’s Speakeasy once stood).

Today, Deerfield Island's heavily wooded landscape provides a critical habitat for threatened gopher tortoises. Is is a nesting place for squirrels, raccoons, armadillos, and both migratory and indigenous sea birds.